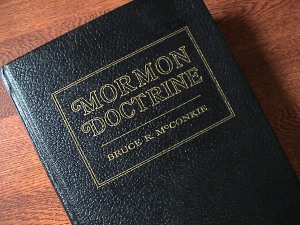 An ongoing series of articles on some common and recurring weak arguments that Christians make against Mormonism.

The Argument:
“I know what you believe, because Brigham Young, Bruce R. McConkie or some other general authority said…..”

In making this argument you are assuming the beliefs of an individual you have likely only just met. This is never a good thing to do.

If your an LDS member with any experience of speaking with Evangelicals, or any other critics of Mormonism before, you have likely had a discussion like this.

Critic – You Deny the virgin birth don’t you?

LDS – No as a matter of fact I don’t, please let me explain to you my belief on this.

Critic – I don’t need to hear it, I have a great quote from Brigham Young when He says the birth of Christ was as natural as anyone else’s [1] . I know what you guys believe.

LDS – As I said that is not my view, would you please let me explain my view on this?

“This far from only applies to only Brigham Young quotes. Lets try another – and one that I have personally experienced and learned from by my mistakes.”

Critic – Ah so you’re a Mormon, well I think it’s totally heretical that you believe God was once a man.

Critic – “I am sorry I think you are just being dishonest, Joseph Smith taught this in the King Follett Discourse, so you must believe it.”

LDS – There are some renderings of Joseph Smiths sermons that seem to suggest this, I am not too persuaded by them as these are not scripture. Would you please let me explain what I believe.

We as evangelicals often have this notion that Mormons are all brainwashed and are in some big mind controlling cult, where they all believe the exact same thing, and would never dream of questioning anything that their leadership says. This is not the case, there is a mass diversity of views within the LDS Church, some people take everything the general authorities say literally, some do not.

It’s always worth bearing this in mind when conversing with LDS people. Some are of the view that if it’s not in the Standard works, then it’s not binding, some  may take a lot from the likes of Bruce R. McConkie and his book, “Mormon Doctrine”. Some may look to James Talmage and his writings, some may take closer stock of Gordon B Hinckley, often it depends on the time they were growing up in their faith.

This does not for a second take away the validity of your arguments against the teaching of Mormon leaders, what it does mean is that you need to word your argument a little differently. Rather than saying “I know what you believe Mr/Mrs Mormon.” Instead say: “Here is what your leaders have taught, can we talk about it?”

You will inevitably come across the issue of What is official doctrine in the LDS Church? This is a question that no one really has an answer too, LDS or not. And can be a bit of a red herring in discussions, I could not possibly put a response to this better than Keith Walker from Evidence Ministries has done here, this is well worth a watch.

First Suggested Strong Argument:
So with all this in mind lets try that first scenario again.

Critic – Do you believe that Jesus was born of a virgin?

LDS – No as a matter of fact I don’t, I affirm what the Bible says that Jesus was born without an earthly parent.

Critic – Could you explain what you mean by an earthly parent?

LDS – As a latter-day saint I do not accept the idea that the Holy Ghost somehow “overshadowed” Mary then making her parent, no child is ever born this way, I believe that Jesus was a literal son of His Heavenly Father, and thus in the way that we would usually understand a birth to occur, Jesus was in fact born of a virgin. Bruce R McConkie said this.

“For our present purposes, suffice it to say that our Lord was born of a virgin, which is fitting and proper, and also natural, since the Father of the Child was an Immortal Being” (Bruce R. McConkie, The Promised Messiah: The First Coming of Christ, pg. 466)

This sums it up well for me.

Critic – Thank you for explaining this. This to me still very much sounds like Jesus was not actually born of a virgin if you are saying that Heavenly Father impregnated Mary naturally”.

LDS – I guess we define virgin birth differently then, but this is my belief.

(Quick disclaimer  I know this last paragraph does not represent all LDS people, (however it will some), its more the style of conversation than the content I am attempting to model here.)

Do you see the difference? Rather than stating what the Mormon believes, you ask, in the process you get them to tell you their view and then you get to discuss it from there. More often than not you will still have plenty of places to go with what the LDS person says. Sometimes you will speak with a Mormon who is very “Evangelical savvy” and will give answers that sound identical to your view. That’s where the 2nd stronger argument comes in.

While it is not good to make the assumption that Mormons believe something on the basis of a Mormon leader saying it, there is still a lot of ground for discussion on the back of what Mormon leaders have said. Lets try my scenario two again.

Critic – Ah so you’re a Mormon, well I think it’s totally heretical that Joseph Smith taught that God was once a man, what is your view on this?

Critic – I appreciate your response, its good to know that LDS people can look past some of these statements and hold onto the truth about God. But is it not then an issue to you that people who are modern-day Prophets and Apostles are clearly teaching falsehoods about God?

LDS – I don’t see LDS leaders as infallible, they are men and sometimes speak as such.

Critic – That does not seem to measure up with the teachings of your church.  For instance the 2013 LDS Manual, teachings of Lorenzo Snow, said this:

President Snow later recalled, “the Spirit of the Lord rested mightily upon me—the eyes of my understanding were opened, and I saw as clear as the sun at noonday, with wonder and astonishment, the pathway of God and man. I formed the following couplet which expresses the revelation, as it was shown me. …

Feeling that he had received “a sacred communication” that he should guard carefully, Lorenzo Snow did not teach the doctrine publicly until he knew that the Prophet Joseph Smith had taught it. Once he knew the doctrine was public knowledge, he testified of it frequently. [2]

Critic – It seems that one of your Prophets saw that as a sacred communication, if he is the one with the authority to speak for your church, and this was reprinted in 2013 by your church, where is your authority to say that this is wrong?

LDS – I guess I have no authority to say that this is wrong, I just don’t believe it.

Critic – Ok I respect your view, however this seems to be what your church teaches,  can we please focus on that as I see some massive issues there.

Again not all LDS people will respond this way, many LDS people will simply affirm God was once a man. It’s more in the LDS apologetic circles today that this is being denied. But anyway the point here is that while an LDS member may not believe what their leaders have taught on an issue, that does not change the massive issue that their leaders actually taught this. LDS Missionaries all over the world are knocking on doors talking about how amazing it is that they have a Prophet in their church that brings revelation today. So it’s not sufficient for LDS members to simply shrug off their statements in discussion.

The fact that they have taught so many problematic things such as Adam being God, Black skin being a curse, and so many more issues is massive ground for discussion, just don’t assume that the person you are speaking too holds this view. Interestingly just this week Dallin Oaks of the quorum of the twelve Apostles in the Mormon Faith “tweeted” that they only say what the Spirit directs them to say at general conference, well worth noting. For these discussions.

So in conclusion there is massive ground for discussion with LDS members and there are so, so many areas that you can discuss with them and challenge them on to help them know who Jesus really is, and what His grace really means. Just don’t assume because you may have read a book about Mormonism, or read some quotes somewhere that you know where any given Mormon comes from on that issue. Ask where they are coming from and then take it from there.

NOTES
[1] “The birth of the Saviour was as natural as are the births of our children; it was the result of natural action. He partook of flesh and blood – was begotten of his Father, as we were of our fathers” (Brigham Young, July 8, 1860, Journal of Discourses 8:115).

25 thoughts on “Weak Arguments #3: “I know what you believe, because Brigham Young, Bruce R. McConkie or some other general authority said…..”” 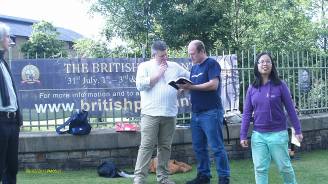 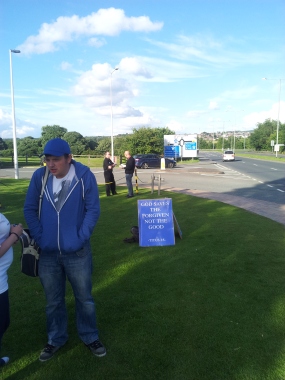 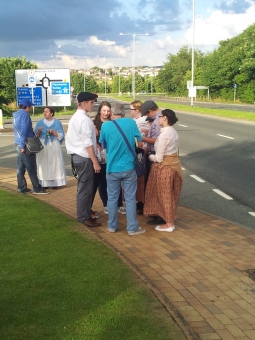 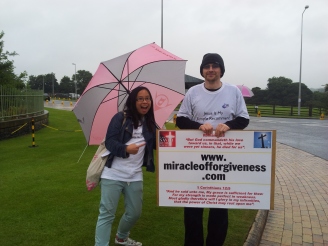 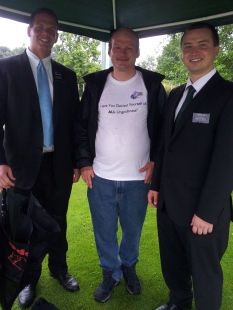 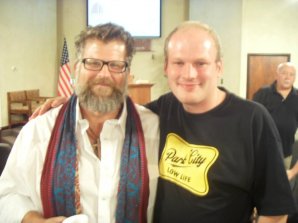 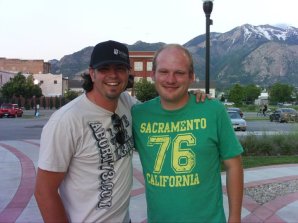 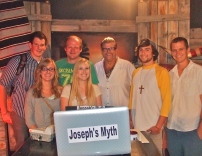 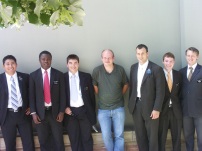 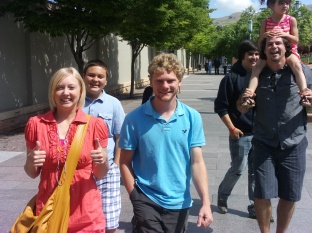 A UK Evangelical Blogging On All Things Mormonism